The latest EU Sentinel satellite has gone into orbit

Known as Sentinel-2a, the satellite was sent up on last 23rd June 2015 from Kourou in French Guiana. The mission will return pictures of the planet’s surface in visible and infrared light.

The Sentinel is expected to begin operations in three or four months’ time, after it has been thoroughly checked out and its instrument properly calibrated.

Sentinel-2a is one of six sensor types being launched over the next few years by the European Union as part of its Copernicus project. Its data will map everything from the growth of megacities to the destructive aftermath of natural disasters such as earthquakes.

Sentinel-2a will also have a particular role in monitoring the performance of the world’s food crops. Its camera sensor has been designed to detect very specific wavelengths of light that detail the health of plants.

At this link you can read the whole article ( source: BBC news) 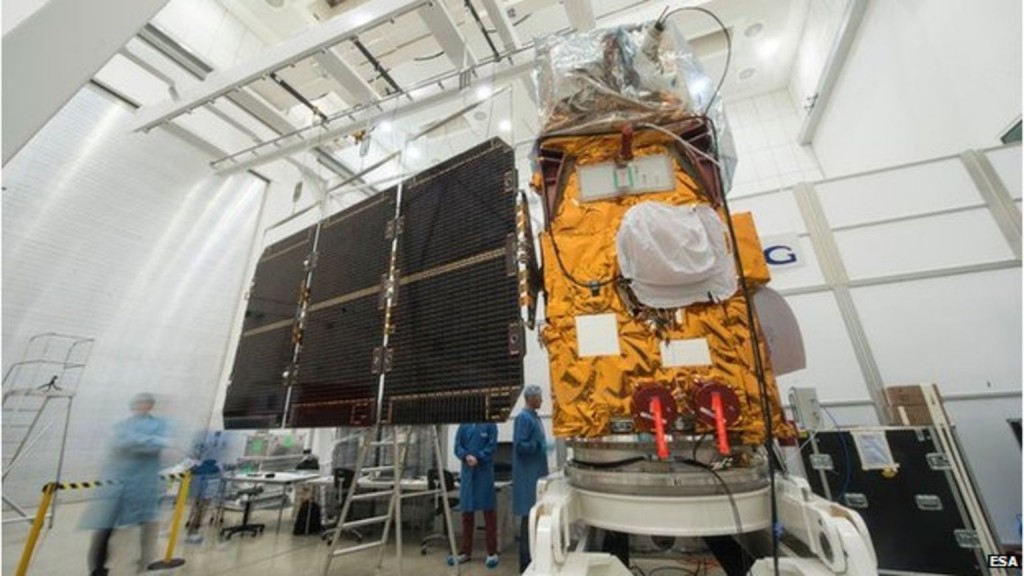