The 2015 year was the first year where both the European FP7 projects, ERMES and RICEGUARD, have been deployed in parallel in the study area of Kalochori (Thesaloniki, Greece).

RICEGUARD project – titled In-field wireless sensor network to predict rice blast – aims at the development of a prediction system comprise an in-field customized meteorological station and a rice blast prediction model. On the other hand, WARM model, which is used in the ERMES project, acquires meteorological data from the Greek national network of weather stations.

Except of the two disease prediction peaks appeared in July from the RICEGUARD model, which is important for the leaf blast control, there is a complete coincidence in prediction after the middle of August 2015, a fact that is important for the neck blast control. Bidirectional validation interactions between the two FP7 projects is of a great importance for the integrity and the accuracy of the rice blast forecasting based on the disease’s favorable weather conditions. 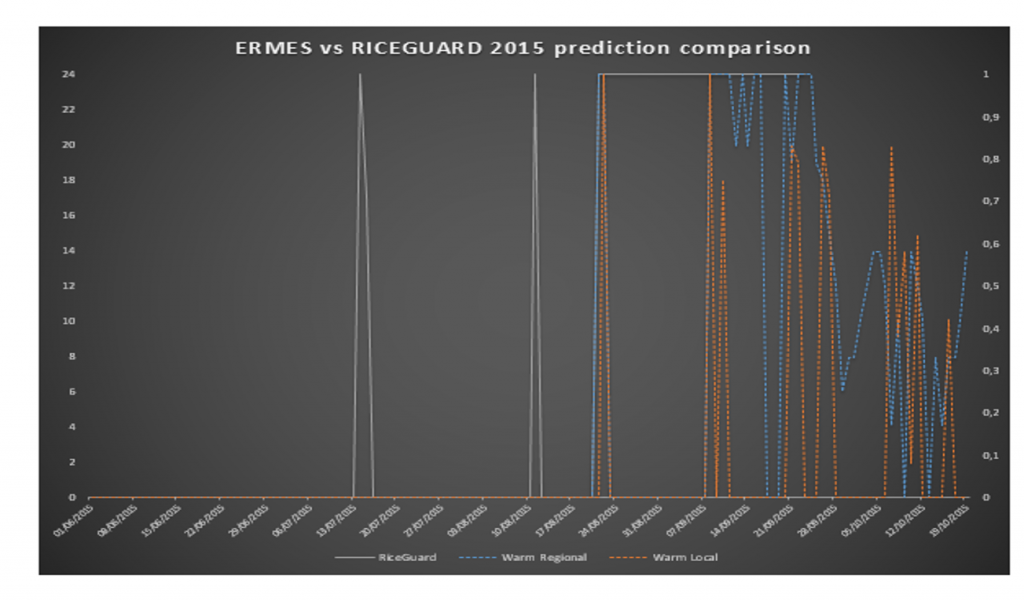