During the 2016 growing season, ERMES partners in Greece successfully performed a variable rate fertilization experiment, exploiting the information provided by the Seasonal Patterns Maps (EP_L3) ERMES product. The EP_L3 product analyses remotely sensed images (obtained either by satellite sensors or UAV-mounted ones throughout the growing season) in order to identify within-field anomalies due to seasonal drivers.

The experiment was performed on two rice paddies within the ELGO-DEMETER partner’s experimentation station near Kalochori, Greece, in collaboration with the Plastiras family group of farmers, one of ERMES end users.

A satellite image acquired at the beginning of July was used for identifying intra-field anomalies (Figure 1). Specifically, an appropriately selected vegetation index (namely, the Modified Soil-Adjusted Vegetation Index 2 — MSAVI2) was calculated from the image, which can quantify the amount of healthy vegetation biomass within the paddy. The index was then  used for identifying within-field anomalies, relatively to each paddy’s average state. This anomalies map was used to design a variable rate N prescription map, where areas with above average anomalies received half rate of fertiliser than the normal, whereas areas with below average anomalies received a double dose. The variable rate fertilization was practically accomplished by adjusting the tractor’s speed in a relative way. The process lead to a higher homogenisation of these two paddies compared to neighbouring ones, as evidenced by the intra-field variability maps obtained one and one and a half months later. 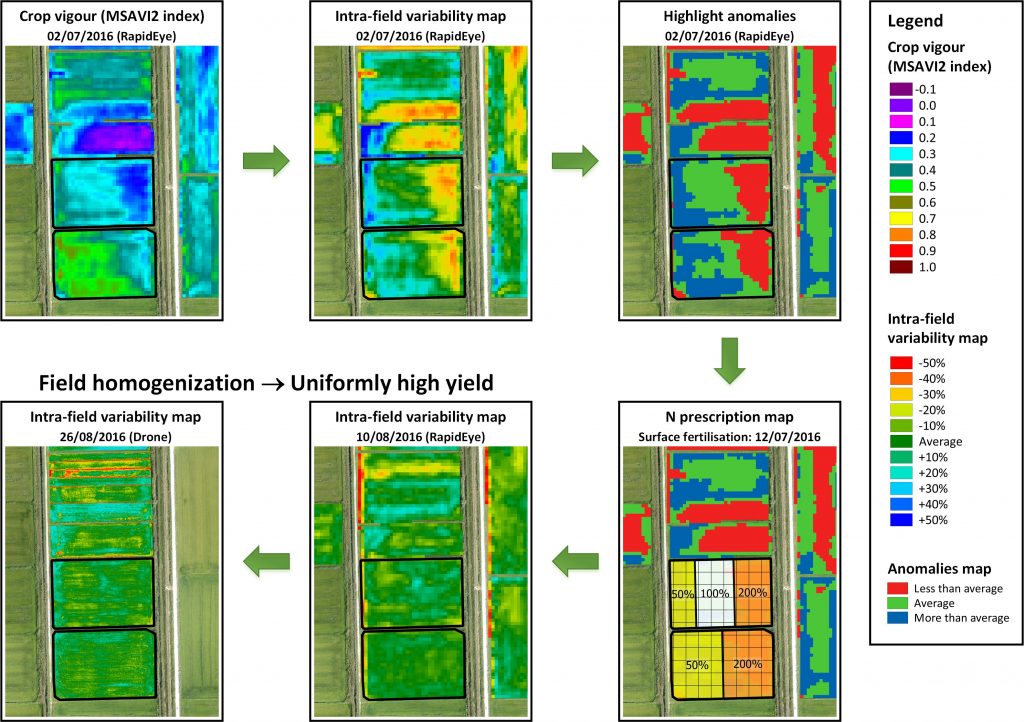 The success of the experiment becomes apparent by observing the differences in MSAVI2 before surface fertilization (beginning of July) and one month later (Figure 2). The biomass increase in several conventionally treated paddies is very high, which leads to the preservation of anomalies and—most importantly—increases the risk of lodging due to excessive plant height. In other cases, the biomass increase may not be uniform but does not correct the initial variability either, thus leading to reduced yield. Contrarily, the ERMES-specially treated parcels respond to the variable rate fertilization as desired, that is, areas with initially lower growth increase their biomass with a high rate, whereas the development rate is controlled for areas that already exhibited relatively higher biomass before fertilization. As a consequence, the parcels appear more homogeneous, which leads to a constant yield rate for the whole parcel, reducing at the same time the risk for lodging due to plant overgrowth. 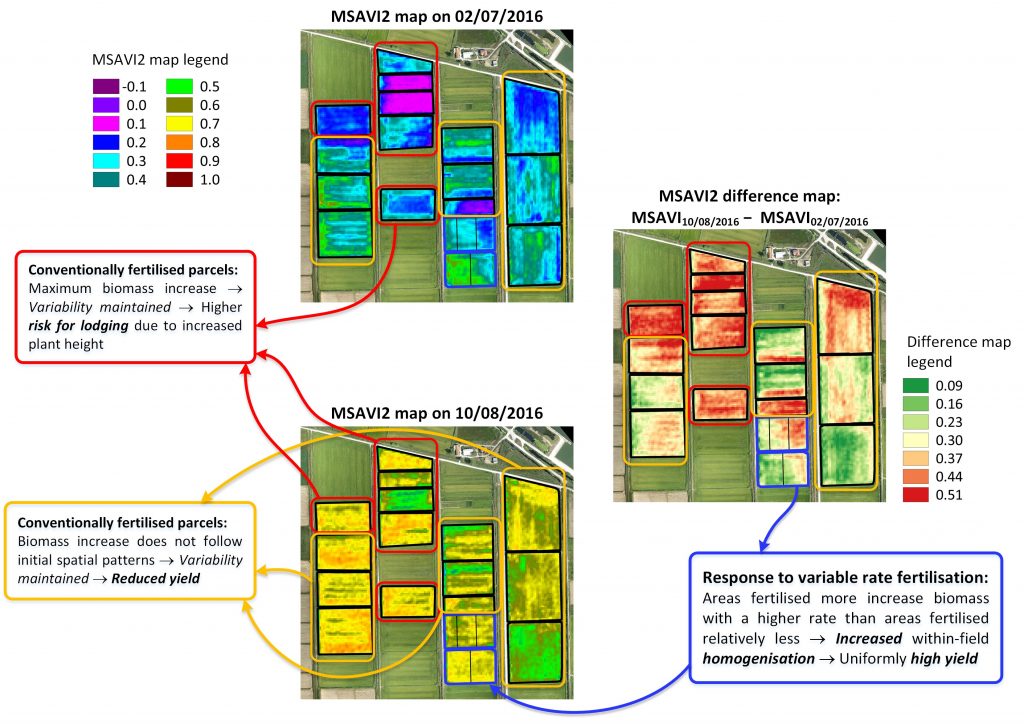 Figure 2. Difference in crop vigour (as represented by MSAVI2) before surface fertilisation (beginning of July) and one month later.