The overall purpose of the seasonal variability maps (EP_L3) is to delineate homogenous areas due to seasonal drivers, such as meteorological and agronomic parameters, using multitemporal image data during critical dates of the cultivation season.

The seasonal maps will be used to define the units for model assimilation (i.e. for yield prediction) and for precision farming activities (i.e. within-field fertilization management). They are also useful to assess risks of the rice cultivation, which could be detected and thus managed in due time by the farmers. 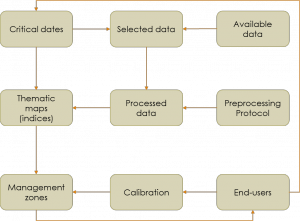 A flowchart of the steps for the EP_L3 ERMES downstream service.

ERMES 2015 seasonal maps activities concerned the acquisition and processing in Near Real Time of VHR imagery on the three study areas (Worldview-2 and Rapideye (ESA-DWH), in key periods of the vegetative cycle: sowing period, pre-tillering, panicle initiation and heading. 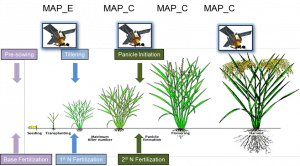 Representation of the key periods.

Here below is reported the list of acquisitions during the 2015 crop season in the three ERMES study areas: 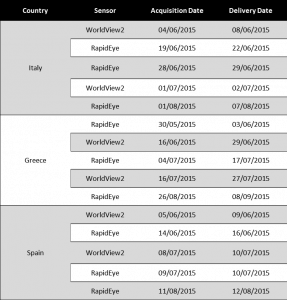 Images at the beginning of the season are helpful for extracting information above the critical stage of after sowing for the detection of poor emergence. The early detection allow farmers to correct this problem implementing specific agro-practices.

The RapidEye image acquired for Thessaloniki plain (GR), 30 May 2015 (a) and correspondi Poor Emergence map (MAP-E). 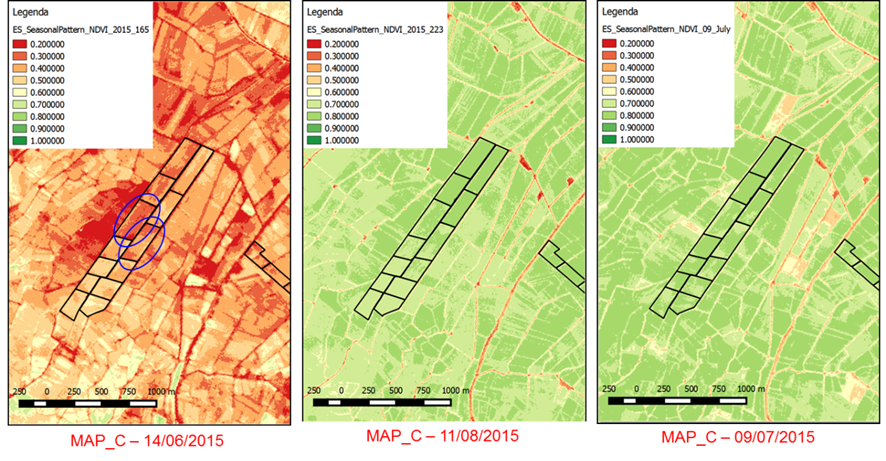 FROM MAPS TO FARMING ACTIVITIES

N-deficiency could be linked to chlorophyll absorption by rice plants. The Modified Chlorophyll Absorption Ration Index MCARI was selected as appropriate for depicting chlorophyll absorption throughout the cultivation season. MCARI maps were produced during the season and corresponding intra-field variability evaluated. This information has been used together with ERMES end user to define the Prescription maps to support VRT fertilization. 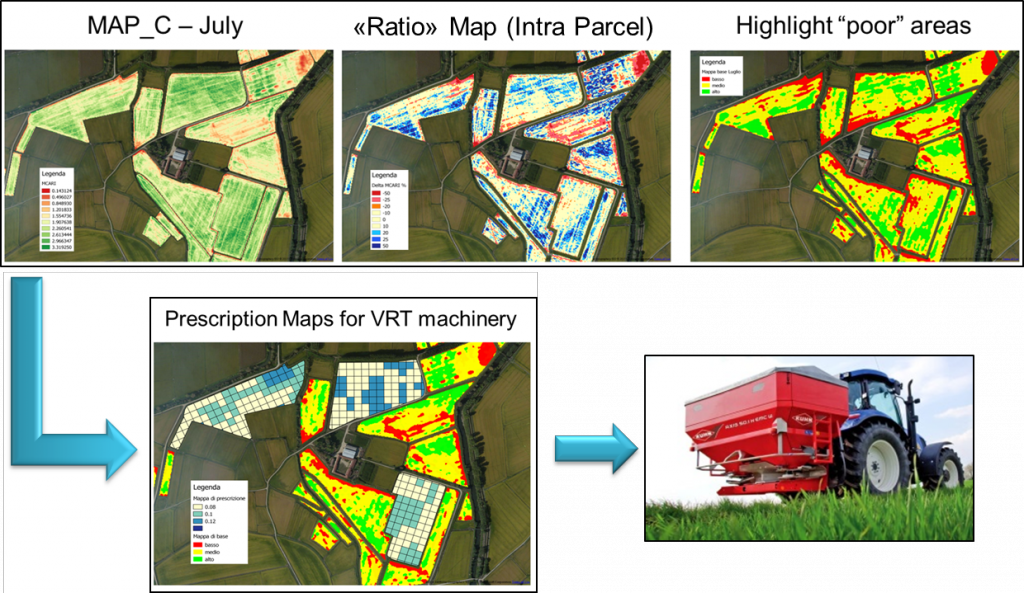