The purpose of the seasonal patterns maps (EP_L3) is to identify within-parcel anomalies due to seasonal drivers, such as nitrogen deficiency and weeds infestation, using very high-resolution (VHR) satellite imagery acquired at critical dates of the cultivation season.

Two main products were developed. The first one (variability map) describes each parcel’s variability with respect to its average state. It is based on the Modified Soil-Adjusted Vegetation Index (MSAVI), which was found to have good correlation with vegetation biomass. An example of a variability map is shown in the following figure (click to enlarge). 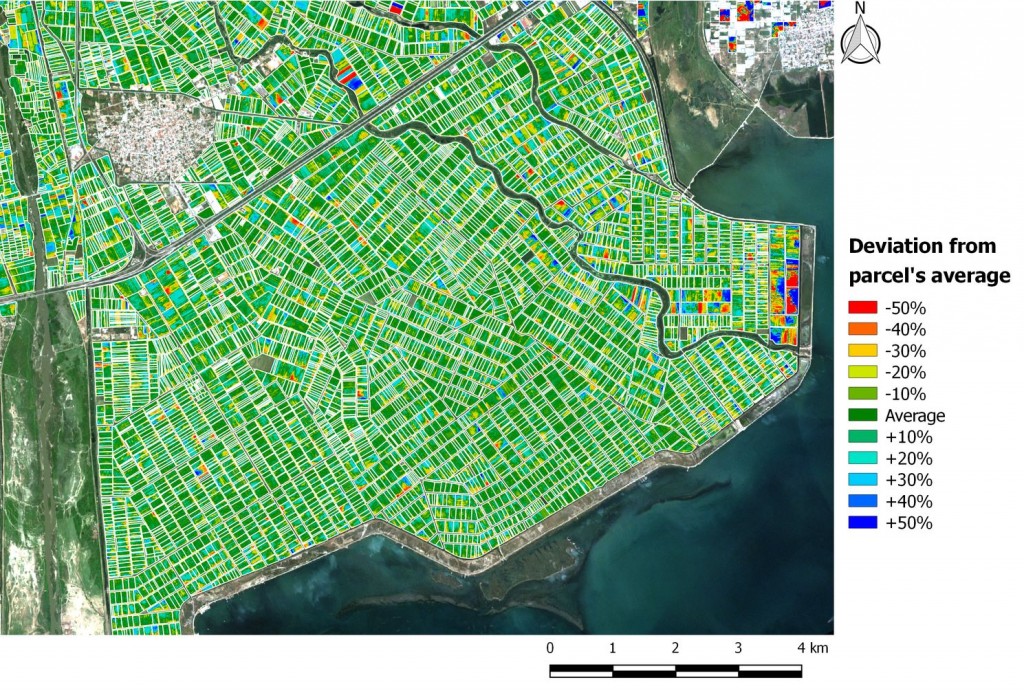 The second product (patterns map) is created by classifying all pixels of the variability map into three broader categories: average state and less or more than average. An example of a patterns map is depicted below (click to enlarge). 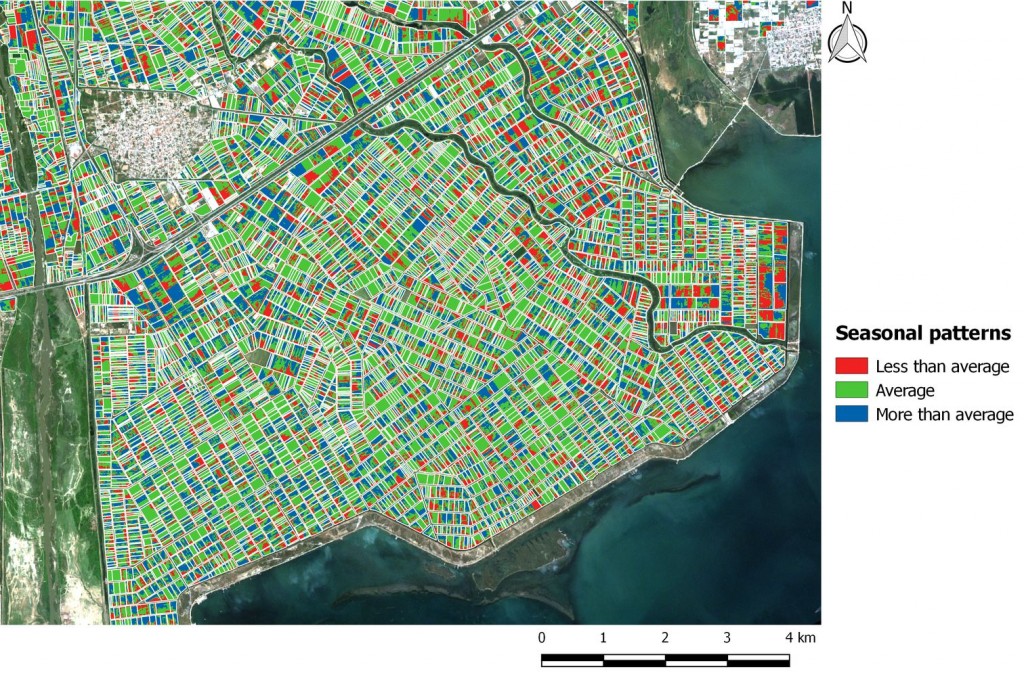 The EP_L3 products are useful for identifying anomalies within each individual rice paddy and adjust management practices in order to homogenise the crop and hence maximise its productivity. If left untreated, these anomalies can persist throughout the season may negatively affecting yield, as shown in the image below (click to enlarge). 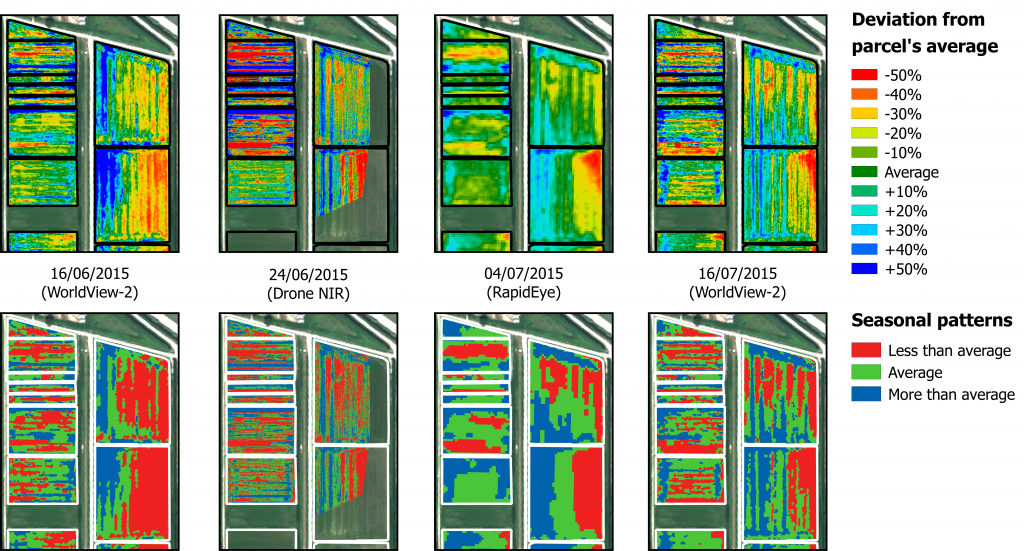 Detail of the EP_L3 products for a few parcels in the Greek study area, obtained at successive time points during the 2015 cultivation season.

The products have been rigorously validated in all three study areas during 2015 by means of field measurements obtained systematically throughout the cultivation season. Moreover, they were presented to Greek end-users on multiple occasions (Greek Open Day 2015, AGROTICA Expo, bilateral meetings with single farmers and farmers’ cooperatives among other), receiving very positive feedbacks with respect to their fitness of use and usefulness of information they provide.

The EP_L3 products will be fully demonstrated during the 2016 cultivation season, employing them for appropriately adjusting the management practices locally (i.e., patches within single parcels) in a set of preselected rice paddies.