The final ERMES Greek Open Days was held in Thessaloniki on 20/12/2016 and showcased the main concepts, results and achievements of the ERMES products and services to potential local and regional end-users and the general public, with the active support of the Central Macedonia Prefecture.

The meeting was officially opened by Theofilos Papas, the Deputy Prefect responsible for Agricultural Economy. 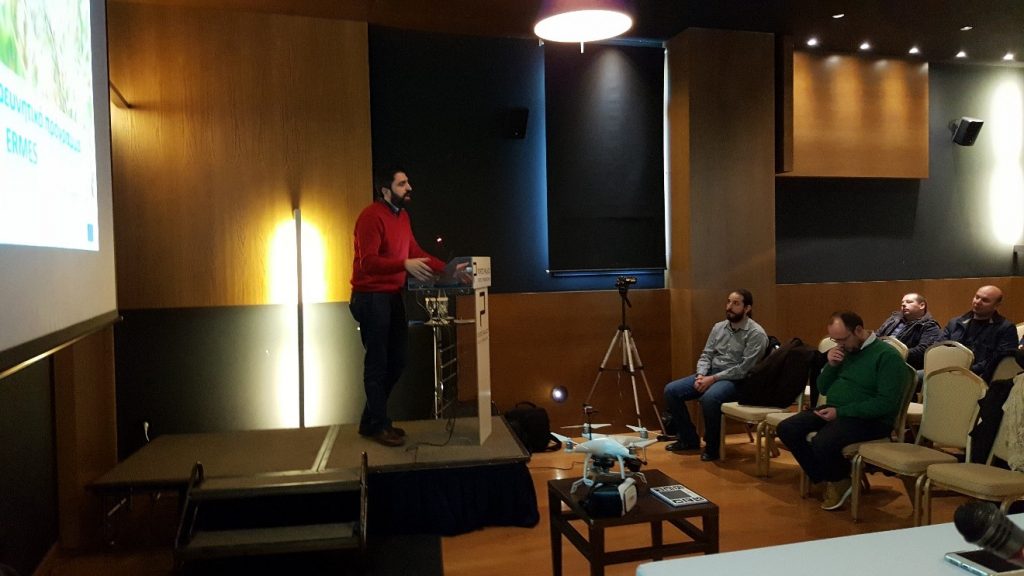 The meeting was attended by more than 70 people, including rice farmers and representatives of farmers’ associations (presidents and board members), traders and millers, representatives of companies and banks involved in agronomic consultancy and support to farms, as well as representatives of the regional political community. It received extensive attention from the press, covered by TV channels (TV100 and Atlas TV), whereas a number of journalist covered the event for the press (Internet and newspapers). 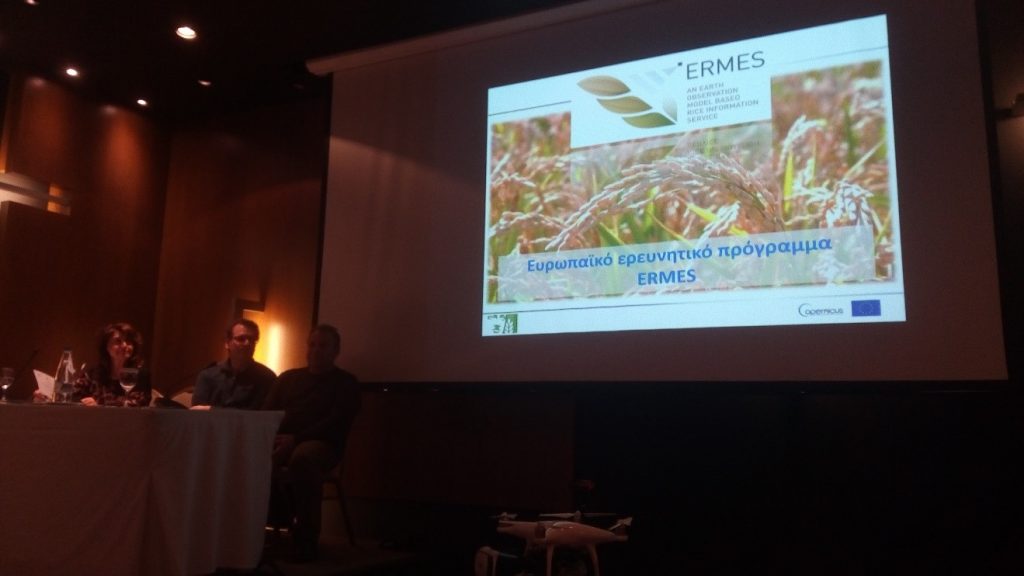 During the meeting, ERMES personnel presented the main results of the project, focusing on ERMES local products and their use in 2016 to support variable rate fertilisation, as well as regional yield predictions and the rice blast risk forecasting model. Moreover, Greek ERMES local end-users Christos Plastiras and Panagiotis Goutas demonstrated their experience with the ERMES products. After the end of the meeting an extensive discussion session followed for more than two hours. 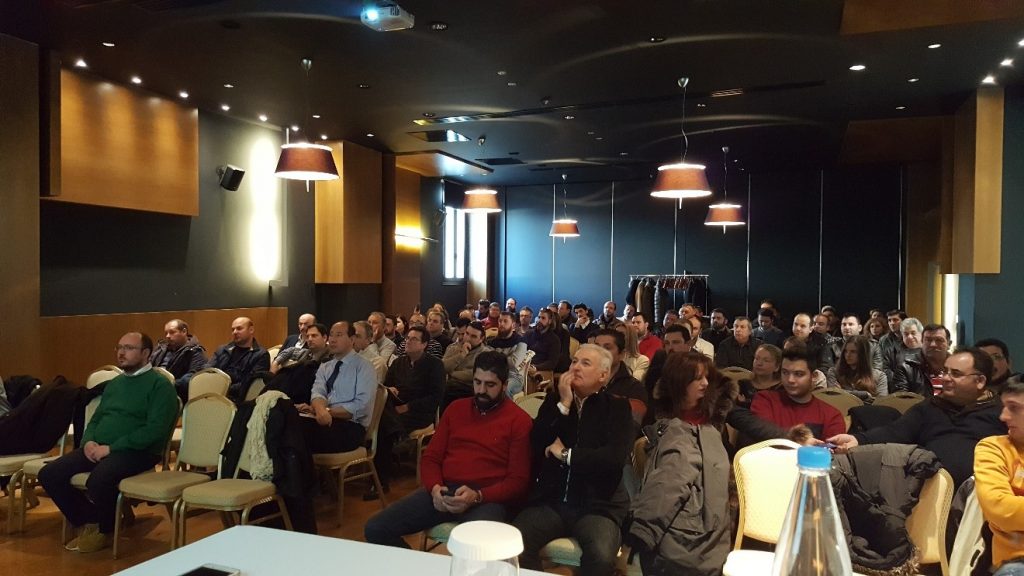 The meeting was successful, with a fruitful and constructing discussion following the presentation of the ERMES achievements. High interest in the possible continuation of ERMES activities was expressed by several farmers, since the rice producers in Central Macedonia are quite technologically advanced and are interested in investing in high-end machinery.