The final Spanish ERMES Open Day was held in Sueca on 15/12/2016, and was dedicated to illustrating the main ERMES concepts, results and achievements concerning the Local Rice Service to current and potential end-users and general public.

The meeting was attended by about 20 people, including farmers and representatives of research centres involved in agronomic support to farms. During the meeting, UVEG and UJI personnel illustrated the main results of the project, focusing on the ERMES Spanish local products and their use in 2015 and 2016 to support agro practices. In addition, the smart tools (AgriNotebook App and Geoportal) were described to the audience and summarized the characteristics of their functionalities. 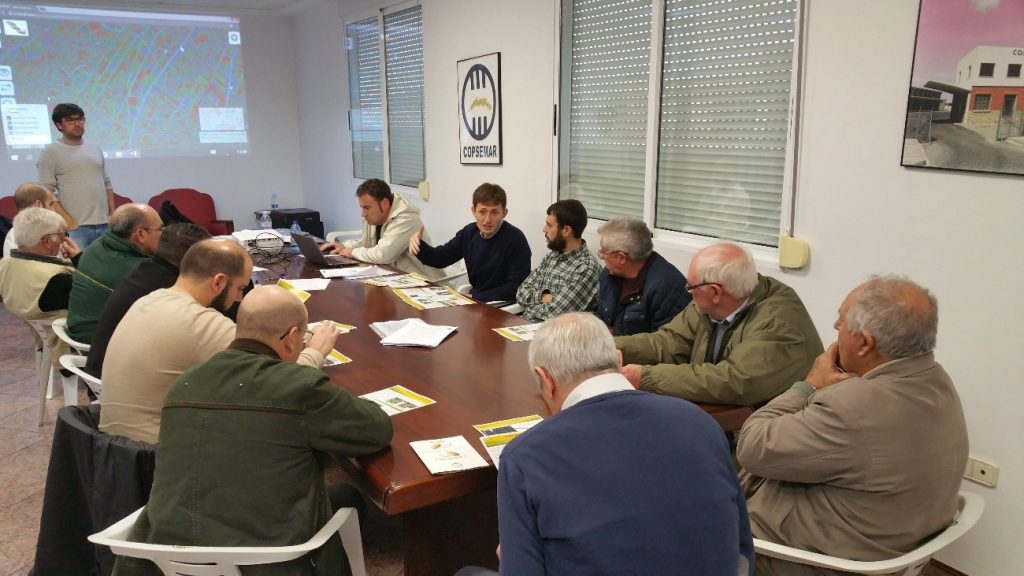 UVEG and UJI representatives explained the case of the Italian and Greek ERMES end-users work conducted in their farms to support fertilization exploiting the ERMES Seasonal and Constant Pattern maps. Experiments conducted in 2015 and 2016 demonstrated that managing fields based on prescription maps generated from ERMES products allowed a more rational use of fertilizers so they can reduce costs, and, also, allowed to achieve a better homogeneity in final yield. 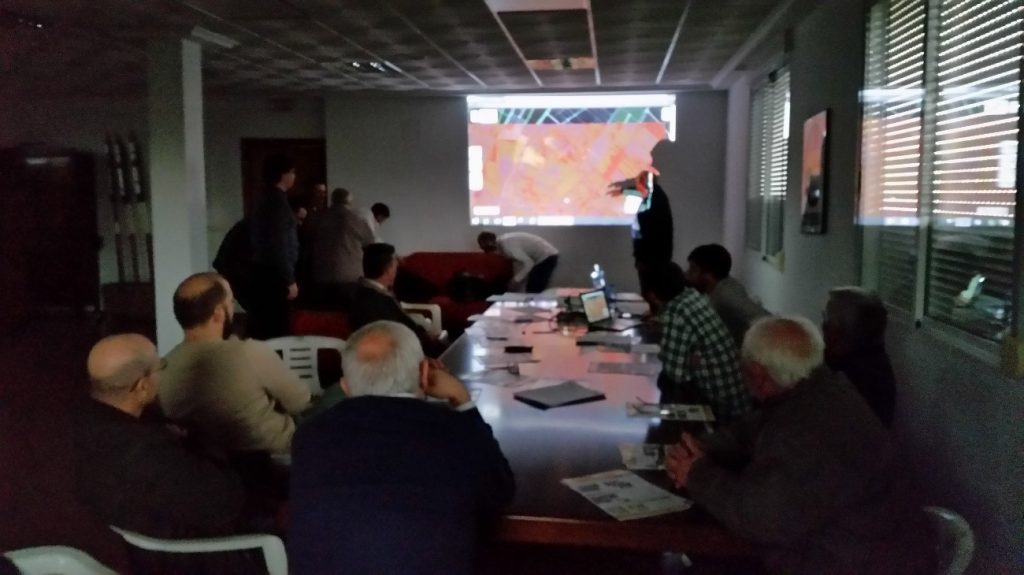 During the meeting, the ERMES end users had various questions and pointed out suggestions about the products presented, providing a very positive feedback. The ERMES Spanish User’s meeting succeeded in enticing further interest in the project, and the results it produced. Several end users showed interest in using the ERMES tools in the future.