The main goal of the soil/biomass constant pattern maps (EP_L2) is to provide high-resolution maps useful to define at the local scale elementary units for WARM model simulations at the within-parcel scale.

The EP_L2 maps, which are static over the years, were derived from archive satellite data on the basis of SPOT and Landsat inter-annual time series of images (i.e. winter images for bare soil and summer images for biomass) for the three local study areas (Italy, Spain and Greece). A flow diagram of EP_L2 data I/O flow and implementation is shown in the following figure (click to enlarge).

A flow chart of the EP_L2 processing chain

The EP_L2 map for the different parcels (FOIs) is produced by merging the soil and biomass clustering results in order to obtain a single constant pattern map as presented in the next figures taken on the Greek study area (click to enlarge). 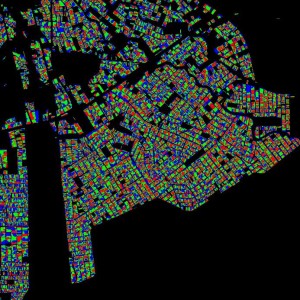 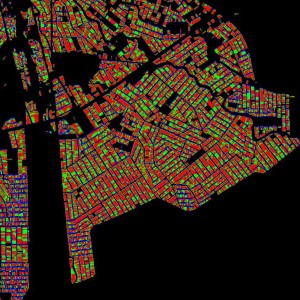 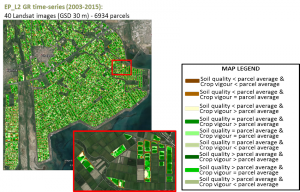 Constant pattern map of the Greek parcels overlaid on Google Earth images with highlighted in red box parcels used for validation in 2015 with the relative legend.

The EP_L2 product has to be produced once in the project time life, however, tuning and validation activities at the end of 2015 and begin 2016 were performed.

In particular, a fitness for use (i.e. qualitative) evaluation of the categories in the constant pattern maps based on “expert knowledge” of the interested farmers/end users. In this view, meetings with farmers in Italy were performed. The fitness for use was achieved as regards the recognition of constant patterns in the FOIs of interviewed farmers. A side, but important, consequence of this validation exercise was the positive feedback acquired by farmers that expect to use the provided information as uniform management zone for planning the base fertilization before sowing in 2016. This information is particularly important for precision farming activities, since farmers are expecting to be supported in prescription maps production for basal fertilization by this remote sensing product. In the other two local areas, meetings with interested farmers are planned in the next months to propose the maps and receive more feedbacks. 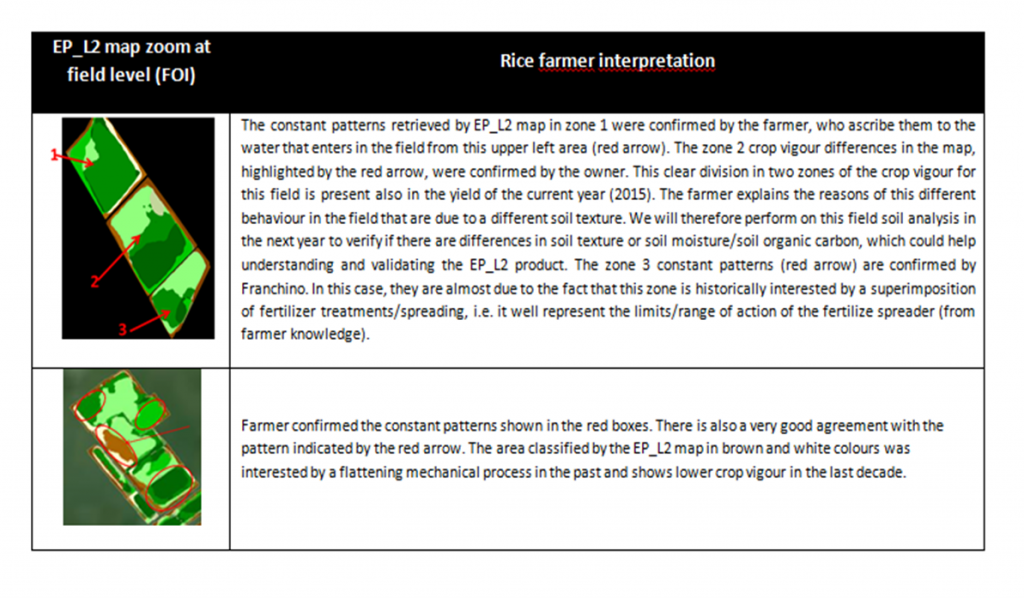 The EP_L2 product, in its first release, was available prior to the start of the 2015 rice crop season (May 2015) and will be available in an updated release for the 2016 season for the three local areas.